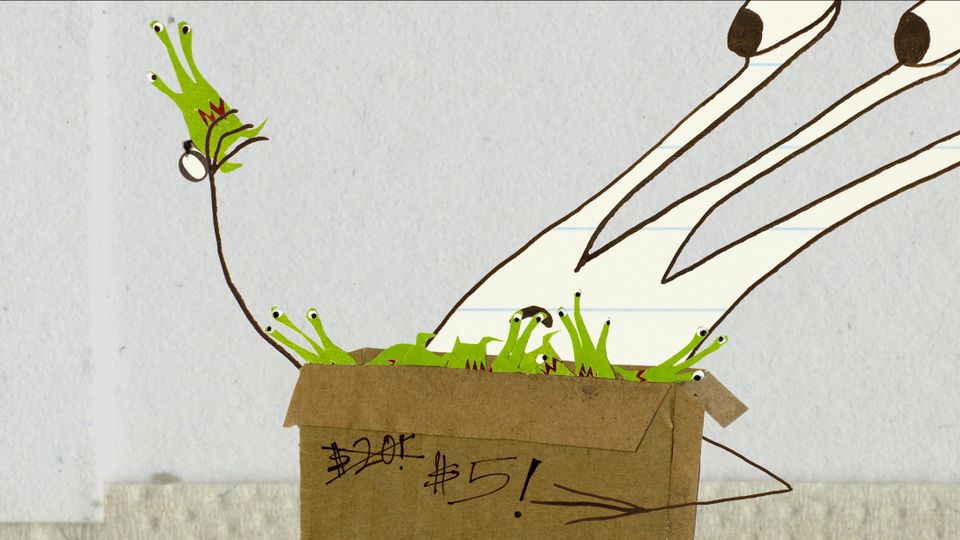 While traveling on an intergalactic highway, an alien picks up an earthling sci-fi movie trailer featuring a CGI alien who looks just like him. Believing this is his true calling, the alien travels to earth in hopes of starring in the film. Meanwhile, a detective working for SETI catches wind of the alien’s arrival and is sent to find and assassinate him. While traveling to find the film’s producer, the alien hypnotizes a fly who, time and time again, thwarts the detective’s plot. The worlds of the alien, fly, detective, and film producer collide in a Hollywood studio, where the fly catches a bullet to save the alien, the producer remains unimpressed, and the alien leaves earth disappointed.