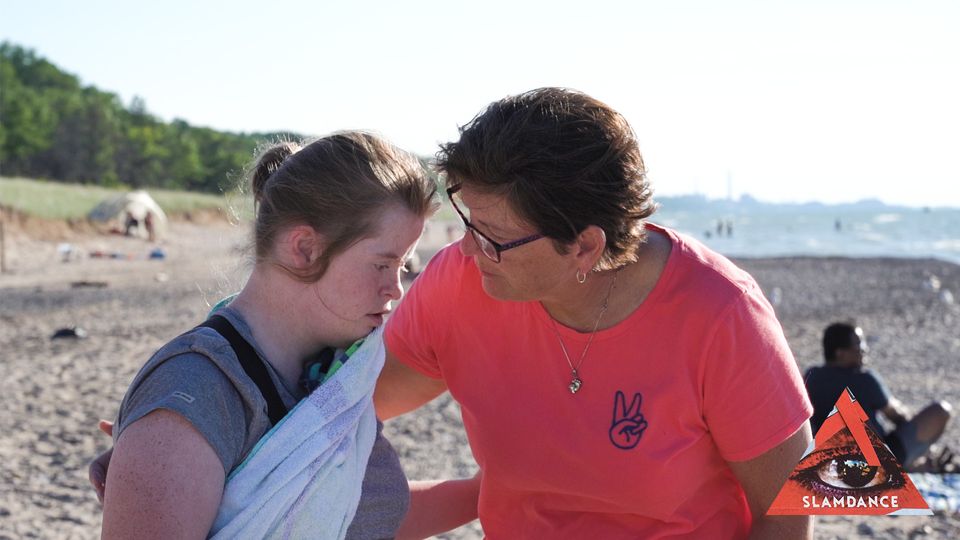 (THIS FILM WAS PART OF OUR 2023 FESTIVAL LINEUP AND IS NO LONGER AVAILABLE ON THE SLAMDANCE CHANNEL) Over 26 years ago, paramedic Tom Felter and nurse Tina Felter welcomed Emily into the world. It wasn't long before baby Emily was diagnosed with Down syndrome. Almost 20 years later, the Felters set out to develop and share The Emily Talk, a presentation that teaches first responders and the greater community about individuals with disabilities, like Emily. Emily finds her place in the world through her colorful language and sense of humor, her fondness of routine, and her deep love for those around her, who love her equally in return. The film shows that, just like everyone else, she has her good and bad days, and her unique ways of communicating her feelings are worth learning and listening to. Sometimes that takes patience, which is a difficult skill to learn for everyone, but especially for those in the first responder field where things are always fast-paced. First responders are often required to make quick decisions and snap judgments, which can lead to unnecessary and unwanted tragedies. This is why Tom developed The Emily Talk with first responders in mind. The film’s cultural relevance stems from years of inequitable treatment of those with Down syndrome and other disabilities. In The Emily Talk, Tom makes it clear that his impetus for presenting to first responders is to prevent tragedies that happen all-too-often, like when Ethan Saylor, a young man with Down syndrome, died of asphyxiation due to three deputies holding him down to the ground for too long when he wouldn’t leave the movie theater. He didn’t want to leave the theater because he was dead set on watching the next movie after the one he paid for ended. The deputies took action by pinning him to the ground instead of waiting for his caregiver to arrive at the theater. As Tom says in the Emily Talk, "In the same situation, that could have been Emily." The purpose of the film is to show stories like Emily’s and the efforts she and her family are taking to educate first responders and the general community so tragedies like the one that happened to Ethan Saylor don’t happen again. Tom urges first responders to be patient with individuals who have Down syndrome and other disabilities, because patience could have prevented Ethan Saylor’s death, and many others like his. Ultimately, this documentary was created to serve as an educational tool for first responders, a source of validation and comfort for families touched by disability, and kindling for open-minded discussion about disability, inclusion, equity, and accessibility.