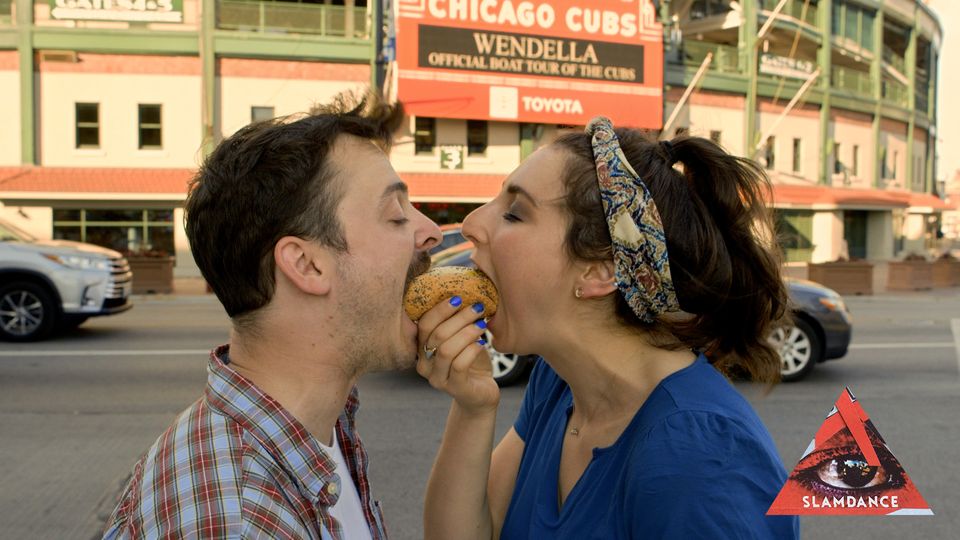 (THIS FILM WAS PART OF OUR 2023 FESTIVAL LINEUP AND IS NO LONGER AVAILABLE ON THE SLAMDANCE CHANNEL) In this absurdist take on a Hallmark movie, quirky shop owner Jessica Dump struggles to keep her business of selling refurbished garbage afloat while searching for her missing father. Just when life couldn’t get more complicated for Jessica, it does: During a bloody, mustard-filled run in at the park, Jessica is nearly trampled by Todd Barkley, a lawyer specializing in dog justice. In the midst of this chaotic encounter, sparks fly between Jessica and Todd, yet the pair go their separate ways. Years later, Todd is in the midst of a bad breakup. Looking to donate items that remind him of his failed relationship, he stumbles into Jessica’s upcycled trash store, Love Dump. The two recognize each other from their chance encounter at the park, reconnect and fall deeply in love. Their happiness is put into jeopardy when Todd unwittingly ruins the one chance Jessica had at reuniting with her missing father. Can Jessica and Todd salvage their love story — or is their relationship destined for the dumpster? By blending comedy, romance and all the trappings of a feel-good made-for-TV movie, Love Dump will challenge you to perceive garbage in a beautiful new light.