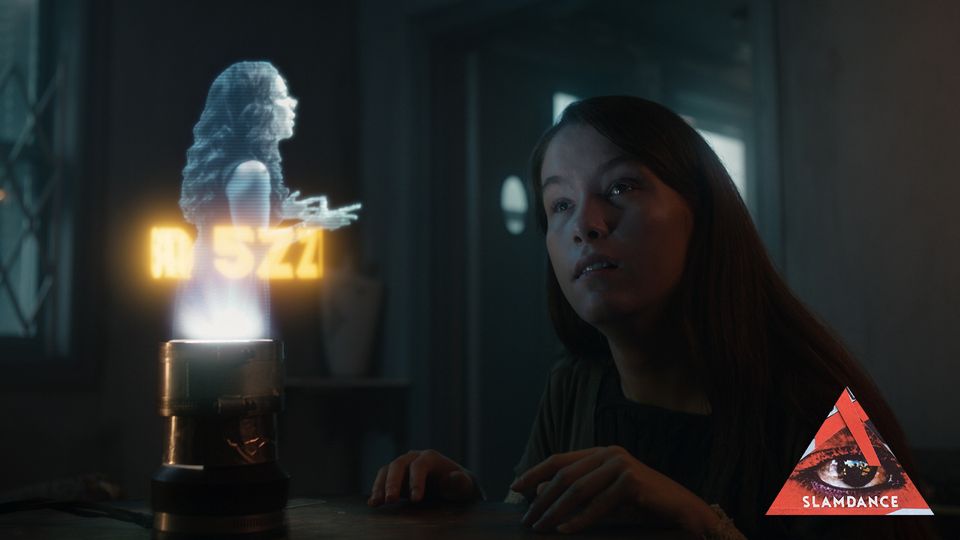 (THIS FILM WAS PART OF OUR 2023 FESTIVAL LINEUP AND IS NO LONGER AVAILABLE ON THE SLAMDANCE CHANNEL) The year is 2040. Earth has become a desperate planet consumed by a barrage of extreme weather patterns. The more fortunate members of humanity have escaped the planet to a low orbiting habitat called Upper Paradise. In an act of goodwill, on the eve of every major storm, the citizens of Upper Paradise hold a lottery for the people of Earth. The contest, hosted by the congenial Yvonne Bala (Sarita Choudhury HUNGER GAMES: MOCKINGJAY Part 1 & 2) offers one person from Earth safe harbor with a new life in Upper Paradise. Lily Lamont (Ellie Wallwork DR. WHO, CALL THE MIDWIFE), a young blind woman living alone in a decrepit tenement, finds herself winning the lotter ticket; but when she he prepares to escape to Upper Paradise's greener pastures, she discovers a sinister plot hiding in the shadows.