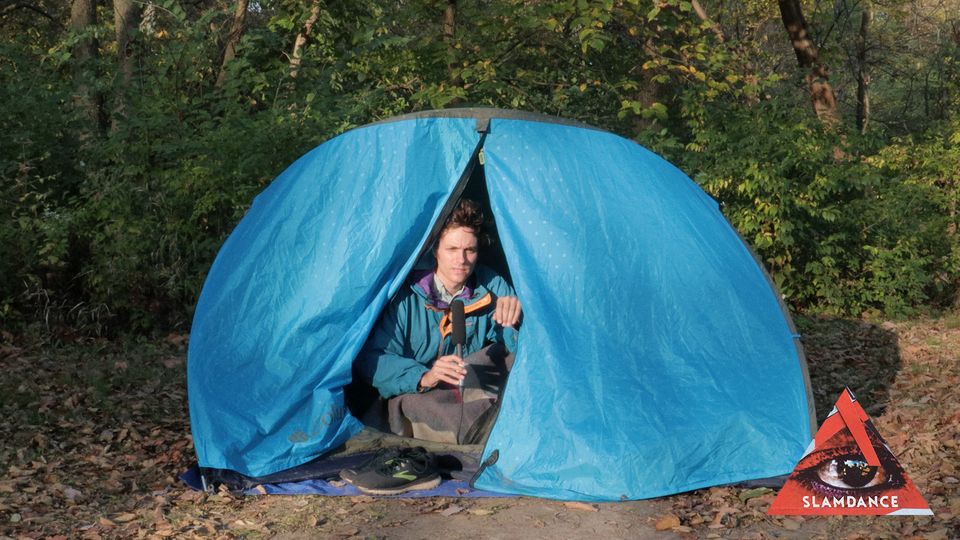 (THIS FILM WAS PART OF OUR 2023 FESTIVAL LINEUP AND IS NO LONGER AVAILABLE ON THE SLAMDANCE CHANNEL) A struggling commercial actor camps for a month, occupying himself with historical research, following the timeline/locations of Joseph Smith’s life. But as financial troubles seem to weigh heavily on him (and his Domino’s Pizza commercial has still not aired yet), a dramatic detour is taken in order to get his life (and the film) back on track. Cash Cow was entirely self-funded and was shot alone over 30 days. runtime: 99 min genre: comedy, essay film, diy documentary